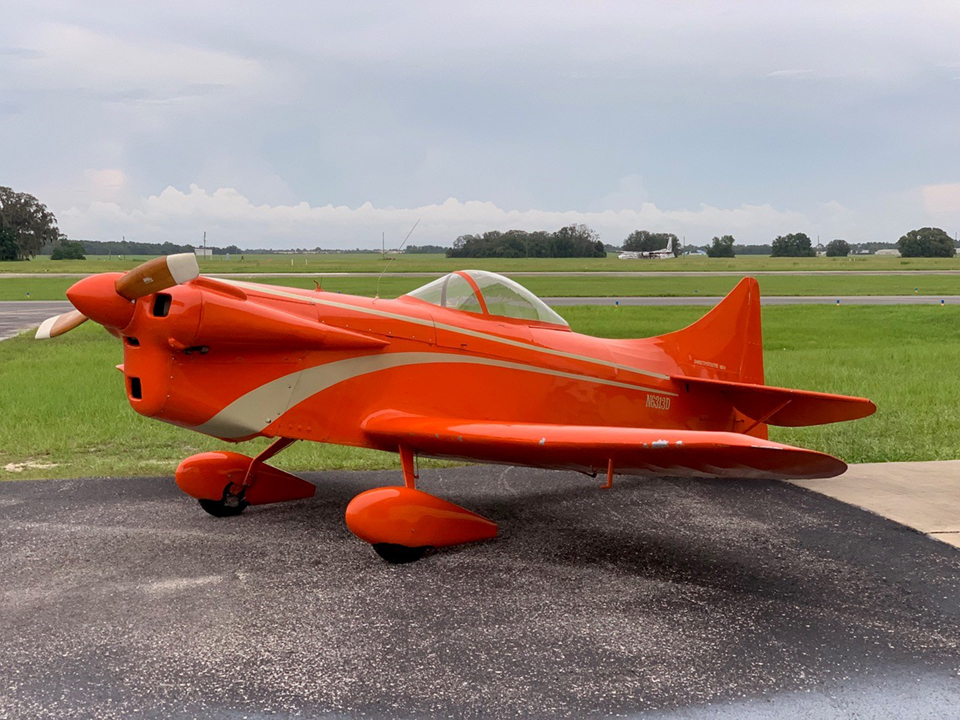 Eddie Hoffman, the Founding Principal of our Hoffman Studio in Tarpon Springs was recently featured in the EAA Sport Aviation magazine

Did you know Eddie Hoffman, Jr., the Founding Principal of our Hoffman Studio in Tarpon Springs is a private pilot? He was recently featured in the March edition of EAA Sport Aviation magazine.

Eddie inherited his love for aviation from his late father, Ed, who designed and built five planes. In 1970, Ed had flown one of his original designs, named Sweetpotootie, to the first fly-in at Oshkosh. Recently, Eddie received a VIP invitation from EAA wanting the airplane his dad designed and built at AirVenture for the 50th anniversary reunion of the 1970 showplanes. This was very special to Eddie as he really wanted to fly the 60-year old Sweetpotootie to Oshkosh again as a memorial tribute to his father. “At first, I thought the mission was all about the airplane, but it ended up being more than that.” Eddie says in the article. In the mid-1970s, Eddie used Sweetpotootie as his commuter airplane to attend the University of Florida, and then to fly to his first architectural job in West Palm Beach. After completing the successful trip to Oshkosh for the reunion in 2019, he was given a front row spot. Eddie believes that Sweetpotootie may have been the only original one-off design that flew to Oshkosh. The reunion not only brought the old airplanes and friends together, it also gave Eddie pause for reflection upon his father’s achievements.

Ed organized EAA Chapter 47 in 1957, which is still active at Albert Whitted Airport. He founded the Florida Aviation Historical Society in 1977. In the 1980s, Ed (with the help of EAA friends) built a full-scale replica of the Benoist Model B Flying Boat which is on display in the St. Petersburg Museum of History. Ed was later involved in creating a flying replica of Ford’s 1928 Flivver, housed at the Florida Air Museum in Lakeland. In 2008, Ed received EAA Chapter 47’s Jack W. Tunstill Award for Exceptional Service to Aviation and was enshrined in the Florida Aviation Hall of Fame.

World Architecture Day 2022: Designing for Well-Being and Promoting Spaces for Everyone

This year, World Architecture Day is focused on Designing for Well-Being and Promoting Spaces for…
AmandaOctober 3, 2022
CommunityInteriorsRenovationSpotlight

Foundation for a Healthy St. Petersburg – Center for Health Equity

In Malcolm Gladwell’s book the Tipping Point he revisits the broken window theory utilized in…
AmandaAugust 18, 2022